Leaving Europe through the Greek islands

Travel by bike through the Greek islands is like to cycle in the paradise, where each place is a postcard. This way I visit the most popular islands in the country and finally I left the European continent, after 2 years and more than 20.000 km. I thought it might be different.

After almost 20 days in Athens, I embarked to Mikonos where I rested some days. And I visited some beaches. Paradise, Super Paradise were their names and they were really it. The centre of the island has white houses with their doors and windows blue. Mikonos is one of the most popular and elegant islands of Greece and in the summer it possesses a good night life. But my stay days in Mikonos wasn’t great, because the police didn’t allow me to sell my photos in the street; and they ordered me to move if I didn’t want that they confiscate all my things. 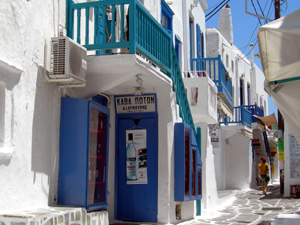 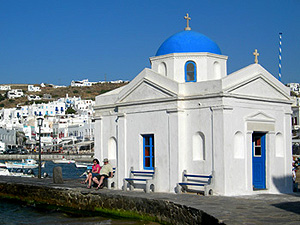 I also visited Santorini, an island with many cliffs and with beaches of black sand, due to a volcanic eruption. But they aren’t nice, mainly if one comes from Mikonos, although its centre maybe more beautiful.

From Santorini, I embarked to Heraklion, the capital of Crete, the biggest of the Greece islands and other of the top destinations of Greece, and although I didn’t travel it a lot, it was enough to understand why the Greeks prefer it before Santorini and Mikonos. Their beaches also of crystalline waters are wider, and fewer populated that the other ones. So, from Heraklion, the capital city I cycled to Agios Nikolaos, and then I embarked to Rodos, another island which its capital is a medieval walled city that together to its beaches are the main attraction of thousands of tourist. 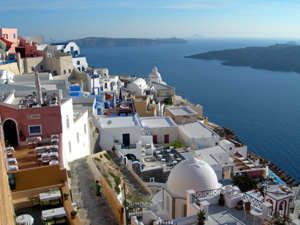 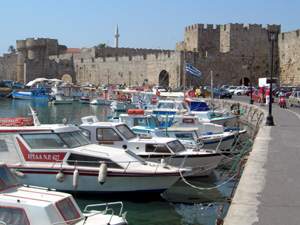 Finally after other two weeks in the islands I embarked to Alexandropolis, and from there I cycled to the border with Turkey. I had already spent more than two years in Europe, in which I cycled more than 20.000 km through 27 countries.

So, Europe was so different to what I thought. After the success that I have been in Africa, where I visited companies and I got sponsors, I arrived in Europe with the same idea, but here it was not possible. Because I introduced the project to more than 100 companies in 5 different countries and I got none. It seems that their marketing departments are not interested in singular and different projects, as they said to me.

But on the other hand, European people always helped me, buying some of my pictures or some of my dolls, which I sold in the markets, in the pedestrian streets, or in the different squares of each city during the weekends, mainly. By this way I travelled most of the continent.

But also in Europe I met many people that judge you for what one looks or what one has, even the clothing can become in a decisive factor to ask a question, inclusive if I was with my bicycle with all my baggage. As in Africa, also here I found a lot of racist people. I begin to believe that it is part of everyone.

I also noticed that Europe is not what one imagines when you come from South America or from other countries, a lot of people believe that to work and to live here is better in all the aspects. But after talking with some immigrants I knew that most of them are thinking to come back; affections, discrimination or the different customs are generally the causes. You should see in that reduced spaces people live in the north of Europe.

My trip through Europe gave me big friends and affections. I am also marked for more than a girl, whom was very difficult to separate. For some moments I would like to stop and to return to where I felt better. And sometimes it is not easy to keep travelling and go on with this project which forces me to not taking root to anything neither anybody.

I can cycle with the cold weather, to push the bicycle in the most difficult mountains, to cycle with a terrible headwind or even to drag the bicycle through the desert, like happened in Djibouti. But in the last months I proved that nothing becomes as difficult as to control the emotions of the heart.

If I compare myself when I cycled through Africa or Brazil, I remember that I travelled as if I had more strength to go on ahead, it was as if I was more connected with the route and with myself, I remember as much as I thanked for every day that I advanced, for the simple things, some fresh water, a good plate of food, a bed with clean sheets and even a nice shower. But here in Europe those things became normal, because they are easy to get them and by this way, little by little I stopped to value them and of thanking.

Now I hope that Asia helps me to connect with myself and get the strength for not to stop and keep going ahead.