Three years later I returned to Egypt, but this time I was with Clara and it was annoying, because along the whole country I got tired of discussing with its people who for some moments were unbearable.

When I was in Egypt in January 2004, I thought that it was an amazing country, for its history and its pharaonic monuments, for its deserts and its Nile River; and for its people, although I didn’t remember them very well.

It was in February of 2007 when the winter in Jordan didn’t give us alternative, for this reason we thought that the heat of Africa was a good option. So we embarked from Aqaba to Nuweiba, a small port in the Sinai Peninsula, I do remember how I became furious on the ferry with that guy who with his mobile tried to take a picture to Clara while she dozed, “what do you do?” I asked to him; obviously that he didn’t understand me, but my way of talking was enough to desist of the idea. But that was only a warning, because along all our stay-days in Egypt I got tired of discussing with their people. 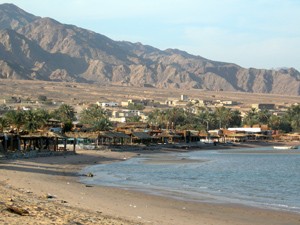 At once that we arrived we stayed in a camping site at Tarabin, a small tourist village; it seemed a place of dreams, a calm town, with many of their streets of sand, with few tourists and with beautiful beaches on the Red Sea. There we rented a hut and we stayed more than two weeks; the people who managed the camping site was very nice, but those who frequented the place to look at girls wearing bikini were unbearable, and by this way more than once I had to face them or to play the fool or even more to hug strong to Clara and to parade in front of her followers. But if I left her short time alone, someone always tried to approach to her. I remember when one afternoon I was resting in the hut and next to the camping site a battalion of soldiers arrived to the beach and entered to the sea while Clara was swimming; It was enough to hear the Nabil’s shouting, the manager of the camping site who drove off the multitude to imagine what happened, and I preferred to look at the show from my hut, Nabil had all under control while Clara accelerated her walk, resigning to the sea.

We left Tarabin and we cycled toward the south, by this way we visited Dahab, Sharm el Sheik and Hurgada, three top tourist destinations on the Red Sea that due to their great marine fauna and flora, their coral reefs are considered as one of the best places in the world to dive or to do snorkel. And it was impressive, we saw fishes as big as us, and a lot of variety of corals and colours and many of strange things, it was an underwater paradise. And we loved it, we seemed two happy children and we enjoyed it; it was a perfect place to rest and to take delight. 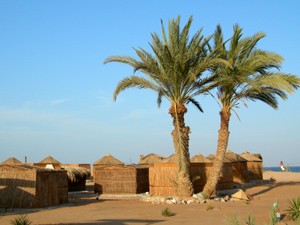 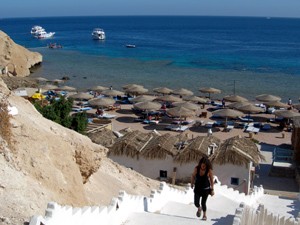 We were also invited by people from Domina Coral Bay in Sharm el Sheik and from Domina Makadi in Hurgada, two 5 stars hotels where we were allowed to enjoy the paradise like V.I.P. But there we also found a scoundrel. This time was the doctor who worked at the hotel and whom we visited for a Clara’s cut. And that daring he was, while he controlled the Clara’s wound with a hand, with the other one he caressed her other leg. So, I said to him: “Ei, your hand man! What do you do?” The guy became red as a tomato, he began to stutter and at once he ended the consultation that took 5 minutes; and after the wrong question of Clara: “Have we to pay something?” he told us: “85 Euros, 70 of consultation and 15 of the ointment”. So I had desires of grabbing him by his nape, he touches my girl and then he hopes that I pay him? And I said to him: “But the consultation to the doctor, a service of the hotel is not? The hotel is an all inclusive, forgive me doctor, but you should told us at the beginning that the consultation was so expensive, I will not pay anything, and you can keep the ointment”. And I went to speak with Hussef, the Marketing Manager, a guy from Morocco who knew very well how to do his work. Then Hussef talked to the doctor and came back to me and he told me: “take the ointment and forget everything, here it didn’t happen anything”. 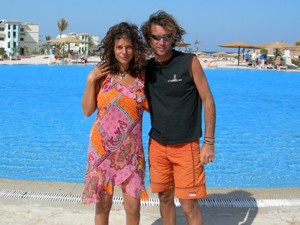 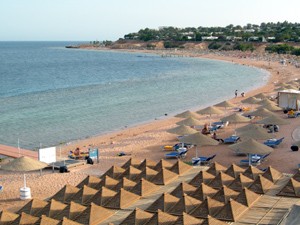