More than 3000 years ago, the Queen of Ethiopia “Sheba” travelled to Israel to find Salomon. She had a child with him who was born on her return and was called Menelik, the first emperor of a new Salomonic Dinasty. Since then, the lineage of Menelik was kept in Ethiopia as in any other place of the world, till in 1930, Tafari, the new emperor, was crowned as the 225th descendent. 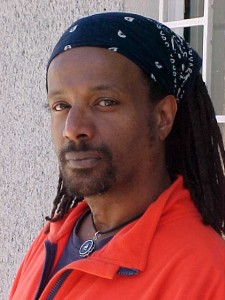 Travelling through Ethiopia, I discovered I was in the land of Ras Tafari, the way they named the Emperor Haile Selassie, “The Power of the Trinity”.

According to history, more than 3000 years ago, the Queen of Ethiopia “Sheba” travelled to Israel to find King David’s son: Salomon. She had a child with him who was born on her return and was called Menelik, the first emperor of a new Salomonic Dinasty.

Since then, the lineage of Menelik was kept in Ethiopia as in any other place of the world, till in 1930, Tafari, the new emperor, was crowned as the 225th descendent of the King Salomon in a ceremony where important personalities of Europe attended and he was made known to the entire world.

This caused the discovery of a new identity especially for black people from U.S.A and Central America, after a long period of slavery. In 1920, the movement “Return to Africa” was born in U.S.A., led by the Jamaican Marcus Garvey’s. They tried to collect money to construct a big ship to take the black people back to their land: Africa.

In a short period of time they had collected an important amount of money and the American government discovered that a great part of the people had a new leader who drove them to fight for equal rights.

Marcus Gravey’s was put in prison for five years for a stupid cause, like Al Capone, for evading taxes, and then he was deported to his country.

In 1930, when Tafari was crowned as Emperor of Ethiopia with the names “Lord of the Lords”, “Lion conqueror of the tribe of Judas”, “The Chosen of God”, many of the followers of Garvey’s took this event as a fulfillment of the predictions of the Bible: “The King will appear in Africa”.

Ethiopia was not only the land of Tafari, but also the only independent African State, and this caused the followers of the new Emperor to reject the European Christianity and the creation of a new religion.

Abye was the Rasta who explained to me about his people, he took me to the living-room of his house and showed me a picture in the wall; “he is Tafari”, he told me, “and the man to his right was my father”.

And he kept quiet looking at the picture again… “To us, being Rasta is a way of life, where we have our King, so we are waiting patiently for the restitution of the monarchy.”

“I am Ethiopian and I lived ten years in U.S.A., but now I am back in my land, happy, and as Marcus Garvey’s, I think that Africa is our place, here we can build a great continent and we have to come back.”