The mafia and its origin 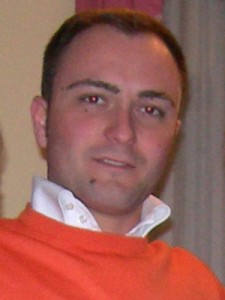 During my journey in the south of Italy, I knew Francesco, a Political Sciences student who carried out a work about the mafia in the high school. For this reason to talk with him was fascinating.

According to him the mafia is a historical phenomenon that goes back to the middle of the XIX century. It was in 1861 that the unification of the Italy happened, when at that time diverse fragments states existed; that occupied by the Austrians in the north; the state of the church, with the city of the Vatican commanded by the Pope; the Kingdom of Sardegna which include the Sardegna and a small part of Piamonte and the Kingdom of the two Sicilies in the south which was the strongest in the whole Italy, commanded by the Bourbons (Spanish colony), with headquarters first in Naples and then in Caserta.

And Garibaldi, member of “The Young Italy”, a independent movement, who from the south, together to the Saboya, of the Kingdom of Sardegna and to the people of Piamonte from the north organized from diverse fronts, liberation expeditions to conquer and to unite to all the states of Italy. With the unification and the declaration of a new state, the Bourbon King escaped to Spain and all his faithful soldiers, obviously from the south, they were called by the new King, (now from the north), outside of the law, if they didn’t adhere to him.

With this politic commanded by the new government from Turin, new years of war started, and the old soldiers from the Bourbons who fought for their independence, were classified as “Il Briganti” that means “who fight”; and by this way, they began to hide, to constitute secret organizations and the mafia is born; which it extends from Sicily inlands toward the rest of the south of the Italy, and inclusive it arrived to USA (Chicago and New York) with the emigration of the Sicilians at the end of the XIX century.

Today in the south of Italy other three groups of organizations exist; “The Camorra” in Campania which controls also a part of Lazio and Basilicata provinces; “The Sacra Corona Unita” in the Puglia, and “The Calabresa Andrángueta” in Calabria. But the “Sicilian Mafia” is who commands to all the groups and their works, although in different scales; as the drug’s traffic in everything Europe that arrives from South America; the immigrant’s traffic from Albania or from Tunisia, the weapon’s traffic, the car’s traffic, the prostitution, the attacks to the State, the kidnappings and even the blackmails to who open a new business.

According to Francesco the Sicilians were always the strongest for their venturesome mentality; in 1900 the mafia in the U.S controlled the alcohol and the prostitution and with that money that arrived to Italy the mafia invested and contrary to the other organizations it was quickly related with the politics and with the constructions of public works. And today the Sicilians are still those of more structure.

At the present time the unemployment in the south of Italy causes that many youths are related with these organizations who earn about 50 euros at least only to be in a corner with a telephone informing about the arrival of the police. But if one enters in the Mafia or in the Camorra he never goes away and for this he must to do an oath in a particular ritual in which he commits to kill even to his parents when necessary.

In my last week in Italy I was surprised by news. Because just before the presidential elections, Provenzano, the big boss of the whole mafia, after 40 years of missing person was arrested, and in his own house, inside Sicily.

It seems that he always was there.